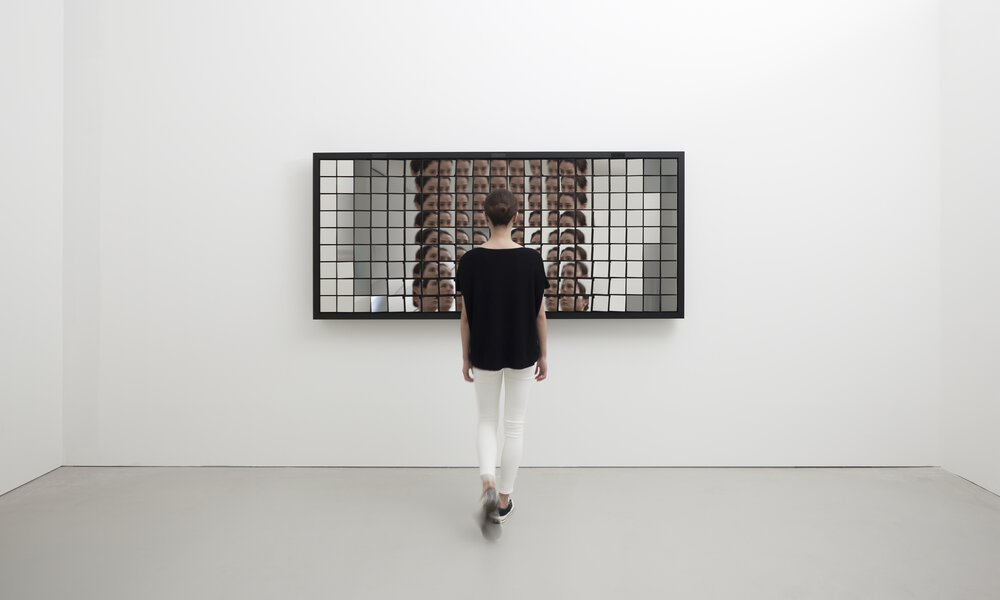 'Fragments' is a wall mounted kinetic sculpture which plays on the notion of perception of self. When approached, the 21 by 9 array of mirror tiles orient to reflect the viewer back upon themselves in multiple as they move in front of the artwork. 'Fragments' has been exhibited at a number of shows by Random International, including the 'On the Body' show at Pace New York in 2016, and the 'Physical Algorithm' show at the Paradise City Art Space, Seoul in 2019.

As software engineer on the project team for 'Fragments', my role in the realisation of this project was to develop a tracking system which was capable of detecting the face position, in 3D space, of anyone standing in front of the artwork.

Given the intentionally self reflective nature of piece, the tracking system was developed through a process of research and development to determine the most accurate way to track the viewers' gaze. This angle of incidence, inferred from the viewer's head position was then used to calculate the angle of reflection, allowing each of the mirror tiles to be oriented accordingly.

Find out more about this project on the Random International website